In this tutorial, you will learn how to subnet a network in an easy way for beginners. Subnetting is designed for devices that are connected to a network and have to perform this operation repeatedly and quickly. Computers, routers, and smartphones operate in a binary world, reading, transmitting, and processing data with a binary representation. A host that sends packets on the wire is sending sets of signals that translate to binary data. Each binary digit is called a bit because a signal translates to 1 and a loss of signal translates to 0. In contrast to machines, humans use the decimal numbering system (not hackers and ninjas who use HEX all day, but all other humans) that uses ten digits 0-9 to represent any number. IPv4 addresses are written as four decimal numbers separated by periods (192.168.0.1). Each octet value can be between 0 and 255. Therefore, we need to learn how to convert a decimal number to a binary number. We can convert any number between 0-255 to 8 bits, also called a byte.

Every bit in a byte has a different value, and the value doubles from right to left as it moves across the byte

After we finished we will copy the bits from the table. So the binary representation of 125 is 01111101. You can check our result by adding all the values which their bit set to 1. 64+32+16+8+4+1=125 Go ahead and try to translate some IPv4 address to binary, you can check your results with the Subnet Calculator Ninja 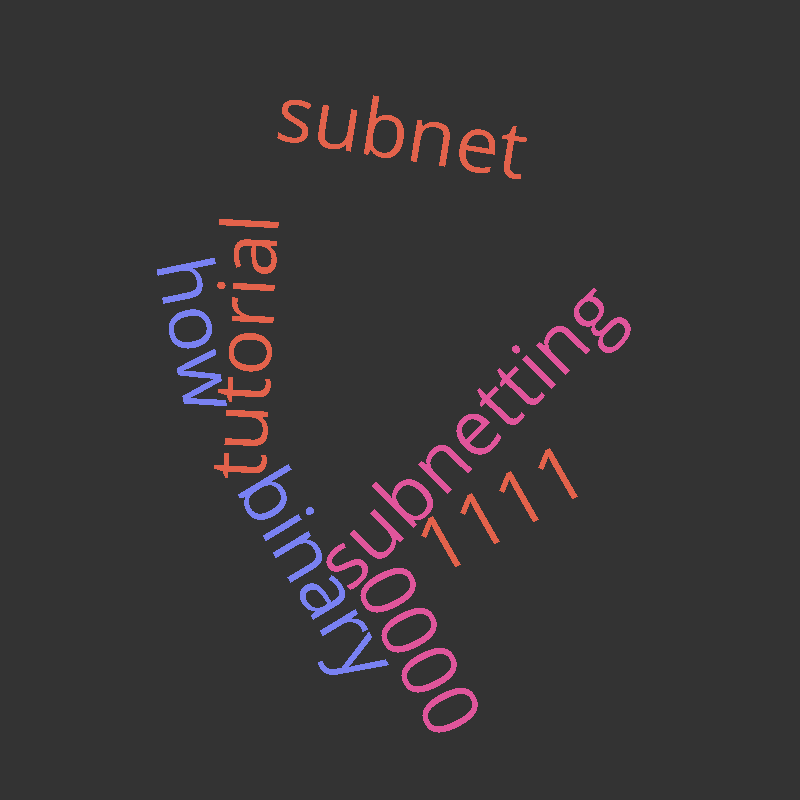 Another elementary building blocks of computing devices are logical gates, the one that we will need to use for subnetting operation is the logical gate AND (There are more logic gates that are out of this article scope). The AND gate takes two binary numbers (bits) as input and outputs one bit by the following rule: if the two bits are 1 the output will be 1, in any other case the output will be 0.

After we understand how to translate decimal to binary and the AND gate logic we finally can start to calculate subnets, in following example we will use the IPv4 address 192.168.0.100 and the subnet mask 255.255.255.224

First we need to translate them to binary:

Now let's translate the binary network address to decimal, we will use the same way as we did to check the address translation from decimal to binary for every octets.